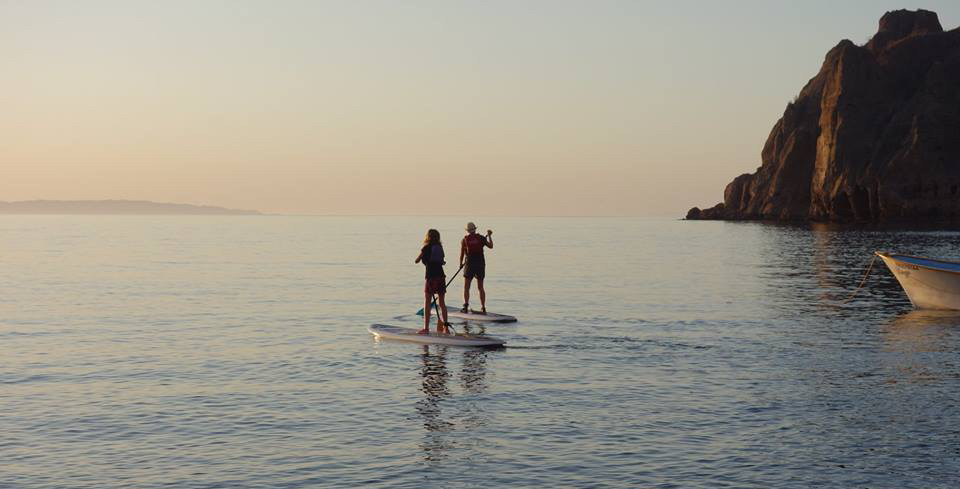 I hope you enjoy this guest post by my friend, fellow mom and adventurous traveler.

“What makes the desert beautiful,’ said the little prince, ‘is that somewhere it hides a well…”
— Antoine de Saint-Exupéry (The Little Prince)

During my final college spring break, I crammed my tiny Honda Civic full of friends, camping gear and instruments. Along with three other packed cars, we caravanned South with a map—a paper map. We could barely afford the gas. We stopped at the boarder, chewing on our lips. We looked like criminals. We were sure that the navel oranges we couldn’t afford to lose (and thus were muling in) were the biggest crime Mexico’s boarder patrol would encounter that day.

We’d driven south twelve hours from Berkeley. For a whole week, we camped on the beach near San Felipe at the top of the Sea of Cortez when fish tacos were a delicacy you could only find on the sandy spits of Baja. We didn’t pay anyone for our spot, and no one bothered us about it. Somehow, all the right people came along: The strong, quiet and barefooted boyfriend, the easy-going best friends who knit every observation into a tall tale, cackling about it for hours. There were other friends, who were easy with a guitar or a Frisbee and introduced me to the manna we know as guacamole. They taught me to cut avocados in their skin and scoop the ripe, buttery insides out with a spoon. From our campsite, we couldn’t see anything but sand, sea and sky.

As a 30-year old, I returned to Baja with a friend on a kayak trip organized through UC Davis’s Outdoor Adventures program. OA drove us in vans down to Bahia de Los Angeles (about a third of the way down the peninsula) and we launched kayaks from there. We had one really windy crossing, where we had to paddle as hard as we could just to stay still. But we also had some calm, lovely days.

By then, the easy college days were fuzzy and nostalgic in my mind. In San Francisco, everyone but me was making money in startups. I had three roommates, two jobs and still couldn’t pay my bills. Still, after that second trip to Baja, I found I could stare at the patterns in the sand and breathe deeply again. There is something about the arid landscape, the varieties of cactus in full bloom and the landscape’s blandness that surprises with gifts when you relax into it. The sand gave up tiny crabs that wriggled between my toes. The sea unwrapped porpoises drafting behind our kayaks. Our guide spearfished and made ceviche on the beach. And it was so hot that my tequila bottle exploded in the sun. O.K. That was a little sad, but it’s hard to muse on rental disputes in that kind of heat. A bunch of veterinary students on the trip told us about the mating habits of the osprey we found nesting, and we all wondered repeatedly about skull I found and still have. What kind of animal was it? Rodent? Fowl? Sea mammal?

On our last long paddle, we kayaked to Isla La Ventana. On the way, we saw whales spouting in the distance. Our guide wouldn’t let us approach them, but said that if we rafted up, they might get curious. Indeed, when we lined up, resting our paddles across three boats and holding on together, the whales did come over. I remember unsheathing my camera with the long lens and precariously taking telephoto shots of them coming closer and closer. There must have been at least five whales. It was riveting to have them breach and spout nearing us…

…until it was terrifying. The voyeur at the zoo experience flipped in an instance when collectively, we realized the whales really were curious and really were swimming directly at us. We learned later that these curious beasts were fin whales—aggressive and known to attack humans. They kept breaching, three at a time in a line and their massiveness left us speechless. Whenever they disappeared, we 15 adults would sit in silence hearing the waves slap our kayaks, scanning the water for their next showing. And then it happened. They disappeared fifty feet in front of us, and we knew they could only be swimming beneath us, three massive leviathans that were curious about us. In the next moment, they breeched behind us and moved on, like a toddler who leaves one toy for another, not considering the mess (or our terror) left behind.

Decades later, I brought my family of five back to Baja. Both earlier trips had been exceptional: relaxing, exciting and magical. I wanted to share Baja’s fascinating environment with my kids. But of course I wasn’t 20 or 30, and I didn’t want to share the risk or rigor or the instability of previous trips. I kept thinking I was crazy to try to pull this off with three kids, 9-14 year old.

So, our family joined three other families of easy-going adults with adventurous kids for an organized kayak trip through Sea Trek, a San Francisco outfit. They promised a guide who’d grown up in Baja. It was going to be the perfect combination of American safety and deep Baja knowledge of flora, fauna and history.

It was a different trip. We flew to Loreto (two-thirds down the peninsula), stayed in a hotel on the water and ate at restaurants. The breakfast buffet had American and Mexican fare: pastries, eggs, beans and tortillas and lots papaya and mango. There had been calls and emails about the size of life jackets, peanut allergies, about whether to rent sleeping bags and pads. They brought a support panga boat for emergencies. They had satellite radios and epi-pens. The guides cooked for us, being sure to provide kid-friendly meals. Also, at 51, I wasn’t as strong as I had been. I huffed lifting the kayaks and paddled slowly and worried about too much sun on us.

But being an adult is a lot about getting out of the way gracefully. I am not as free as I once was, but I do take my vicarious pleasure in full and plentiful gulps. I watched with immeasurable pride as our 14-year old paddled fast and strong in a single kayak during one crossing. Escaping the midday sun, our 13-year old son played a ukulele so often and vigorously, that other people eventually had to sing along. Our 9-year old and his school friend learned to fish the central-American way without a rod. The Mexican guides taught him to cast line with a spin and flip of the wrist, letting the line spin from a spool. When Arlo caught triggerfish, the guides cleaned them, taking time to show him all the distinct parts. The boys fished for more fish with the unusable parts, and the guides cooked and served the fish right there. My kids had never liked fish before that.

Together as a family, we snorkeled, seeing a good variety of bright fish in three different snorkeling spots. The water was chilly further out, but clear. We hiked the islands, played games and the kids even let me tell them my almost being tipped over by an aggressive fin-whale story. Adult magic is different than kid magic, but in the sunsets and the waves and the simplicity of kayaking in Baja, I did find some of my old self.

Chip Conley, boutique hotel entrepreneur interviewed on NPR, said some trips and hotels invigorate because they “confirm who you think you are.” His first hotel was a Phoenix, a rock and roll hotel with themed rooms in the Tenderloin. He says he made hotels that help people stay in touch with their mojo. That stuck with me. On a regular day, I clean toilettes, wash skunk spray off my dogs, and wait a lifetime on hold for a dishwasher repair appointment. I drive a scratched minivan. There are some crumbs in the upholstery. So, sometimes I forget. But, when I manage to pull out of our routine, and chose a trip, sometimes I get a chance to remember. Baja was one of those trips for me. Other people need a luxury resort or a rock and roll hotel to revisit, reinforce, maybe even recreate the idea of who they think they are. For me, it was Baja.